Wuquan Mountain is named after the nectar, the moon, the touch, the Hui, and Meng. There are more than 10 buildings in the Ming and Qing Dynasties, more than 1,000 buildings, and the building area is more than 10,000 square meters. The rest of the building complex was rebuilt in the late Qing Dynasty. It is a place where the forest is lush and fragrant, and the statue of Liangfeige Spring Falls is famous for its more than 2,000 years of history. 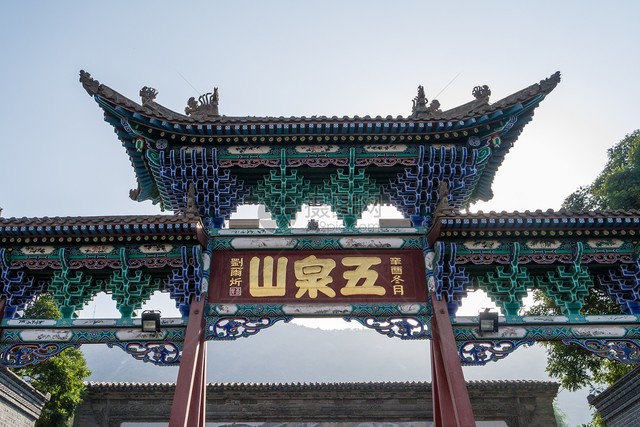 Lanzhou Waterwheels Park is located in the middle section of Nanbinhe Road. It is adjacent to the “Yellow River Iron Bridge” in the east, the “Yellow River Mother” statue in the west, White Tower Park in the north, Xihu Park in the south, and Baiyun Temple in the south. It is an important scene on the Yellow River landscape line. Lanzhou waterwheel, also known as "sky wheel", "overturned wheel", "pumping wheel", and "tiger wheel", has a long history and unique shape. It originated from the Ming Dynasty and is the oldest irrigation tool along the ancient Yellow River in Lanzhou. 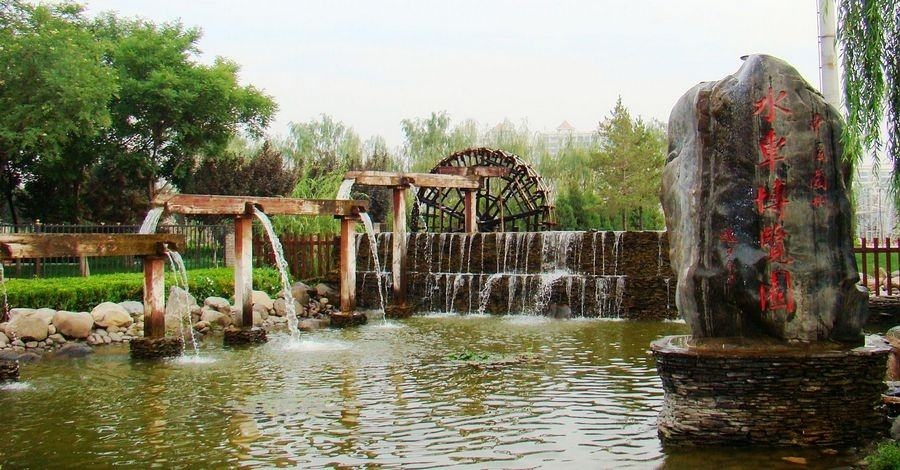 It is famous for having a White Tower Temple on the hill. The temple was built in the Yuan Dynasty and rebuilt in the Ming Dynasty. The temple is rectangular in shape and the white tower is in the middle. The tower is eight-sided and seven-story. It is about 17 meters high. It has a green top and a around base. It is white and straight. beautiful. The south of the tower is the three major temple buildings, and was interviewed to mention the Bodhisattva Hall. On the top of the White Tower, overlooking Lanzhou City, it combines exquisite architectural structure and exquisite carving art to fully demonstrate the ingenuity and artistic creativity of the ancient Han working people. It is a masterpiece of ancient Chinese architecture. The white tower and the iron bridge on the Yellow River form a magnificent picture and become one of the symbols of Lanzhou. 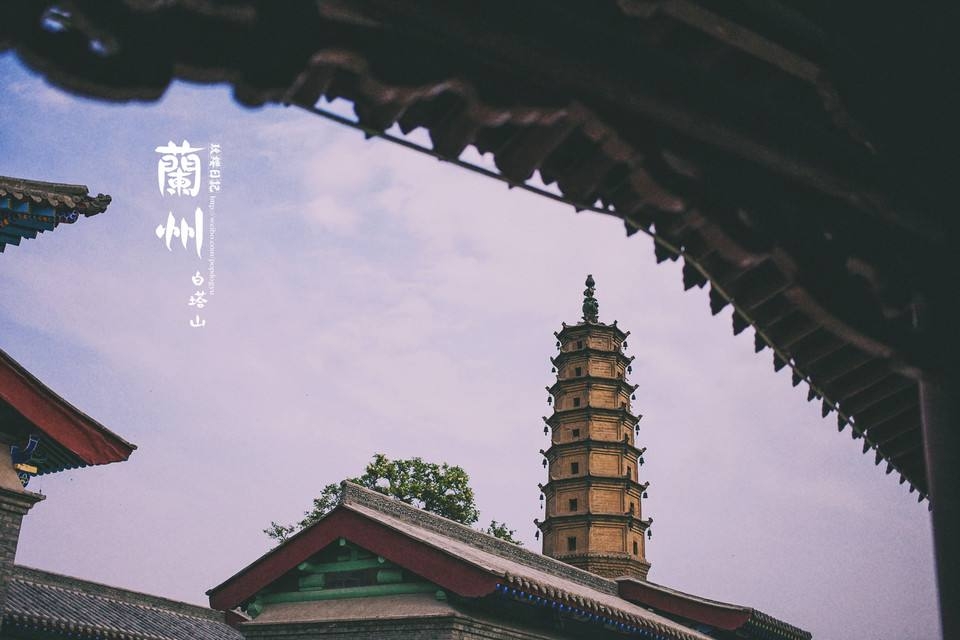 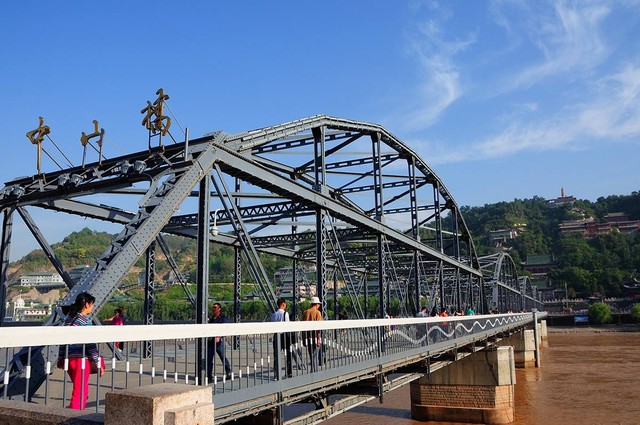 The only provincial capital city in the Yellow River in Lanzhou City, which runs through the city, has opened a riverside road with more than 50 kilometers along the banks of the Yellow River. It has turned into the only Yellow River customs line in the country, also known as the “Bund” of Lanzhou.

The Yellow River is the most important source of Chinese civilization. Chinese calls it “Mother River”, which produces 1.6 billion tons of sediment every year, of which 1.2 billion tons’ flow into the sea, and the remaining 400 million tons remain in the lower reaches of the Yellow River. The plain is conducive to planting. 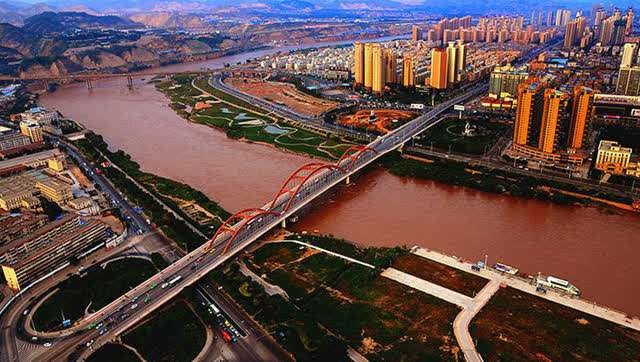 The sculpture of the mother of the Yellow River was created by Ms. He E, a famous sculptor in Gansu Province. It is 6 meters long, 2.2 meters wide, 2.6 meters high and has a total weight of more than 40 tons. It consists of "mother" and "male baby". They symbolize the mothers of the Yellow River who feed the Chinese nation and are unyielding, and the Chinese children who are in happiness. The sculpture is simple in composition and profound in meaning, reflecting the long history and culture of Gansu. It has become the iconic sculpture of Lanzhou and also represents the image of Lanzhou. 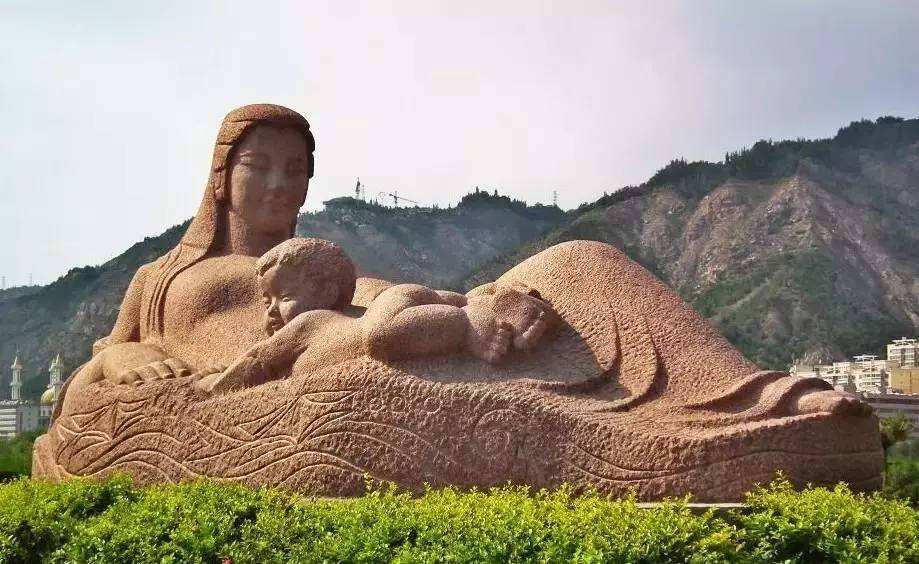